In a study initiated by Nobel laureates Georg Bednorz and Gerd Binnig, the SupraGlider - Shuttle concept was developed in collaboration with the Deutsches Museum, GRAFT architectural designers and construction company Max Bögl.

The aim was to demonstrate the potential of this technology in the field of future mobility. evico developed concepts of superconducting magnetic bearings that open up space for newly conceived applications and design ideas. Max Bögl was able to score with experiences from the development and approval of its Bögl transport system. GRAFT was invited to create a design for the shuttle and an integrated system of tracks and stations. Their proposal calls for passengers to ride on both ends of a 300-meter-long elevated track parallel to the museum's facade on the banks of the Isar River, while visitors can watch it float above the city against the backdrop of Munich's Museum Island. 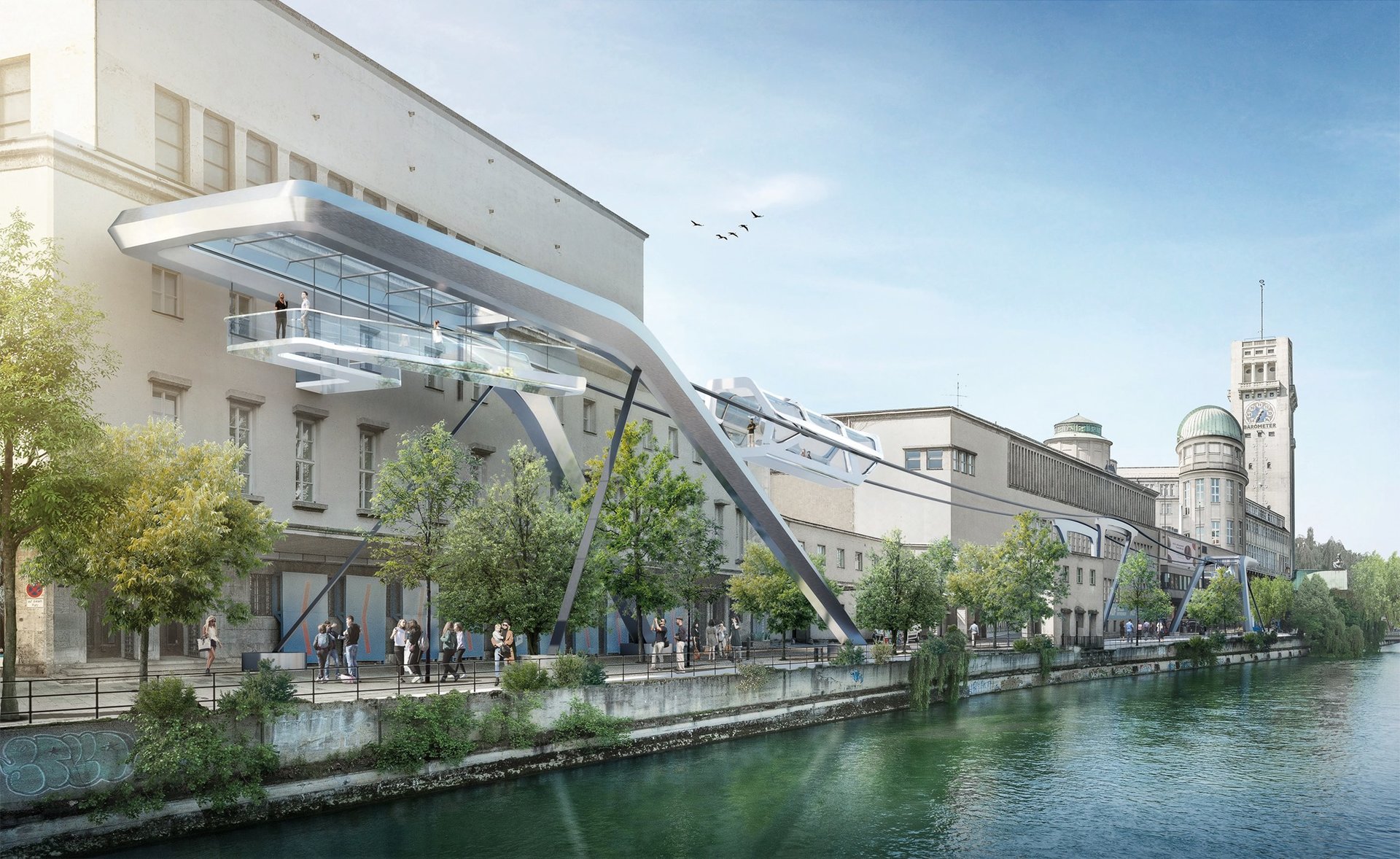